Home ABOUT US PRESIDENT 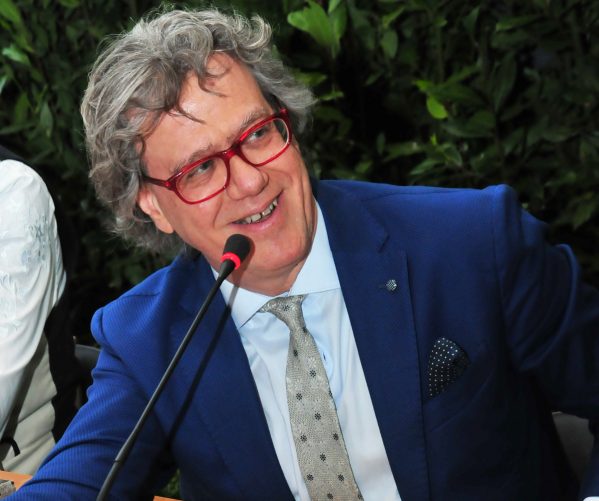 Since then, he has been studying intensely and improving his clinical practice by cooperating with the Department of Internal Medicine of the San Paolo Hospital in Milan, and abroad he has been gaining considerable experience by attending the Department of Hepatology directed by Professor Joan Rodès at the Hospital Clinic in Barcelona, devoting himself, in particular, to the study of the prevalence of hepatitis C in dialysis patients.

At the same time he has become an assistant at the Department of Nephrology of the San Paolo Hospital, Milan.

In 1993 he specialized in Nephrology at Sant’Orsola Hospital, Bologna.

After the hospital experience, in 1994 he was appointed General Practitioner in Milan, dedicating his energies and care to his 1,500 patients.

Since 1997, Dr. Del Prete has successfully been a freelance doctor.

He has always been sure about the importance of sharing knowledge and experiences. Therefore, he has created a cooperation network with other specialists in order to offer patients a well-structured and interactive therapeutic proposal.

Just after graduating, Dr. Del Prete has been attracted by the study of Natural Medicine and his commitment and passion have become increasingly intense year by year.

His training in the field of Natural Medicine has led him to become a brilliant student and then an appreciated Teacher.

From 2006 to 2013 he was a lecturer at the Biotechnology and Natural Medicine Course of the University of Milan directed by Professor Umberto Solimene.

Since 2000 he has been collaborating within many Specialization Courses or Masters with various Italian Universities (Reggio Calabria, Pavia, Parma, Milan, Verona, Rome “Sapienza”).

Since 2014 he has been a lecturer at the University of Eastern Piemonte in the Energy Acupuncture Course directed by Professor Claudio Molinari.

He is an international speaker

Since 2019 Dr. Del Prete has been appointed as President of the International Academy of Physiological Regulating Medicine.

He shares his great passions for music and painting with his wife Fernanda, who is both his life companion and working partner.

To get in touch with him, please write to: presidente@prmacademy.org